A rainy day in Belfast, sheltering in the museum

Once upon a rainy day, a family were on a mini-break in Belfast. 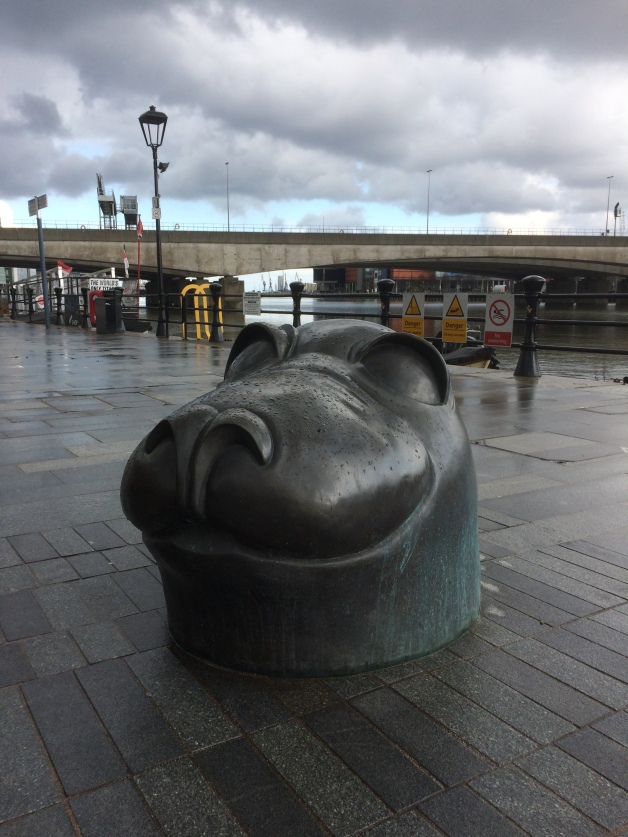 The city has risen from the ashes of The Troubles and reinvented itself as a cultural hotspot earning the acclaim of one of Lonely Planet’s top destinations for 2018, alongside the amazing Causeway Coast.

Now I have history with Belfast. My mother is from the city and I went to university here. We were staying in the trendy University district near the pretty red bricked main building of Queens University. The Victorian era was a boom time for the city, what with ship building and the linen making , Belfast was a hub of industry and many of its sights are called after Victoria or her husband Albert.

The weather was wet and dismal. The rain horizontal and the wind would slice you in two. So we walked 100 yards from our friendly B&B to Botanic Gardens.

We took refuge in the Palm House, another Victorian architectural marvel. It is a wonderful refuge from a dismal day, warm and lush full of temperate plants. We felt it would have been nice for the plants to be labelled, but alas no.

The tropical ravine was closed as it is undergoing renovations, but it has now reopened. Both glass houses are free and are great places to shelter from the rain.

It seemed that the bad weather had set in for the day, so we headed to Ulster Museum which is also in Botanic Gardens.

The museum’s architecture melds Georgian and Brutalist, which sounds like it shouldn’t work but it does. The concrete extension blends into the classical lines of the older part of the building.

We only had two hours and so we undertook a tour of the Museum’s highlights. 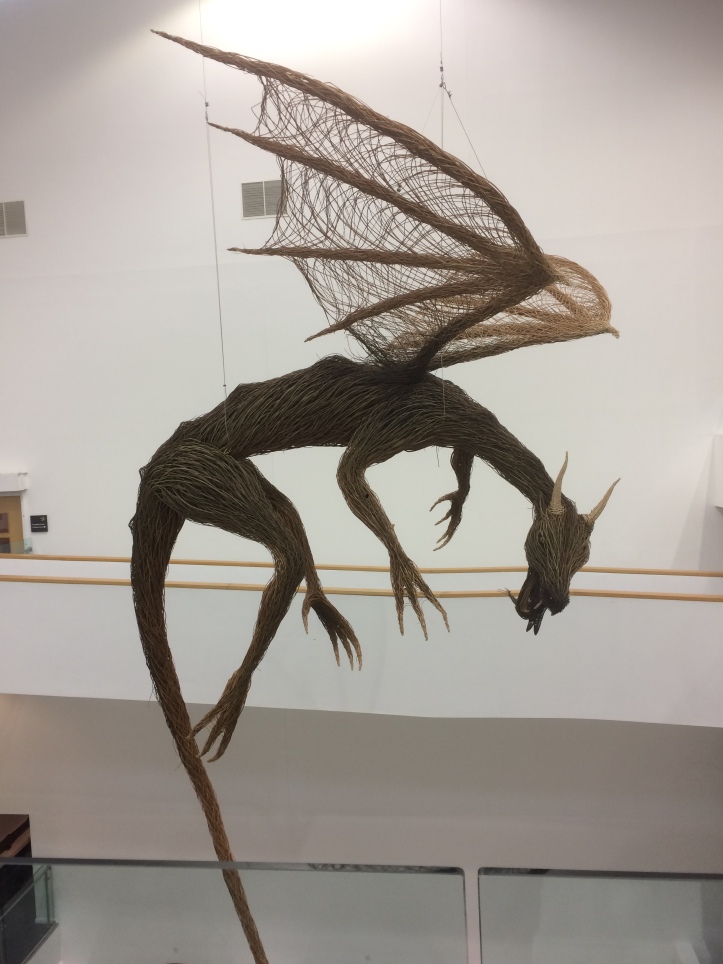 Matt and I are Game of Thrones fans and I was very taken by the pair of willow dragons soaring to the top of the interior staircase. They were made by craftsmen at Cultra, a living museum on the outskirts of Belfast that recreates life in Northern Ireland at the turn of the 20th Century. Read about our sunny day ( yes they do exist) spent at Cultra here.

Game of Thrones is mostly filmed in Northern Ireland bringing millions of pounds into the local economy and supporting hundreds of jobs.  If you fancy taking a GOT inspired tour, I have plenty of inspiration in this post.

To celebrate its contribution to culture and economy the museum created a 80 metre long tapestry in the style of Bayeux tapestry. The linen artwork has been embroidered with dozens of key scenes from the saga. But hurry because it is only on display until August 26, 2018.

The sign says it is not suitable for under eighteens and of indeed not all of the scenes are suitable for kids, but Kitty didn’t pay to close attention to the details of the ‘red wedding’ or torture of Theon Greyjoy. She just ran around a lot, leaving us to scout out of our favourite moments from the series.

Matt and I were impressed, but Kitty was impatient to get to the kids room. The family zone is a lovely airy space at the top of the museum. A large art table encouraged kids to try and draw stuffed animals, taxidermy not toys.

After sketching a buzzard she  she turned her attention to the dressing up corner was soon transformed into a witch, but it was my turn to become impatient and I dragged her away in search of the coelacanth, a large rare persevered fish, one of the treasures of the museum that I remember from my own childhood.

Kitty was bewitched by the geodes and crystals but not keen on the taxidermy, finding the stuffed animals creepy, which is how I feel about her stuffed animal collection at home.

However she was completely unfazed by Takabuti Belfast’s resident Egyptian Mummy. I was amazed that Takabuti’s hair and teeth were so well preserved so many centuries after her death.  She was brought to Belfast in the Victorian era and her coffin was opened in 1835.

The Mummy is on a room off the early Ireland section full of beautiful gold Celtic jewellery. The rest of the museum was a blur, there were vases, an old car, costumes and paintings but we were on a schedule and left the rest for our next trip. Tummies were rumbling and there was a rumour that it had stopped raining and a flash of blue had been seen in the sky.

But first we had to get Kitty out of the gift shop !